SKU:
RODE VIDEOMIC RYCOTE
(No reviews yet) Write a Review 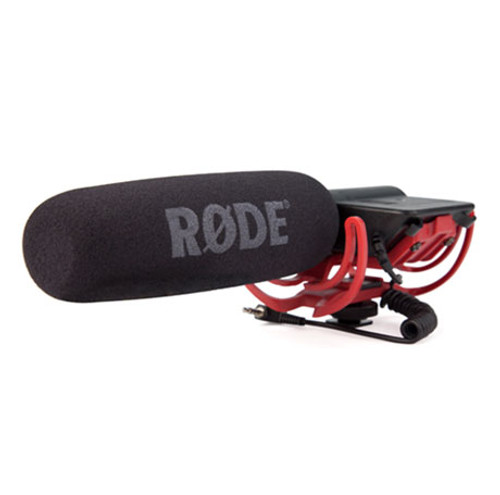 Or buy now, pay later with:

If the product is showing in stock, we'll ship it out the same day if the order is placed before 2pm.

If you need the item before a certain date, please contact us to confirm before ordering.

All weekly payments are indicative only.

The VideoMic with Rycote Lyre Suspension System from Rode is a shotgun microphone that can easily be mounted on a DSLR camera. It features a Rycote suspension system that attaches to the camera's shoe. The VideoMic is lightweight, and when mounting on a camera it does not appear in the frame. The VideoMic can also mount to Rode's boompoles for elevated audio capture. Its super-cardioid polar pattern attenuates sounds from the sides. The result is a signal that sounds closer to the camera, even when shooting in noisy environments or at moderate distances.

The included Rycote Lyre is a non-elasticated suspension structure composed of a hard-wearing thermoplastic. It is more effective at acoustically decoupling microphones from unwanted vibrations, handling and cable-borne noise than elasticated suspensions. The lyre remains effective at a wide range of temperatures and is virtually indestructible. It will never wear out, sag, snap or require any rethreading to maintain its effectiveness.

An attached, coiled cable terminates to a 1/8" (3.5mm) mini output connection. The VideoMic features a condenser element that utilizes a standard 9V battery (sold separately). The microphone will run for approximately 100 hours on a single battery.

The Rode Video Mic functions as a true line plus gradient microphone with a super-cardioid pattern in the front and a barrel that cancels side-audio. The result is maximum pick up of the source in highly ambient and noisy environments.

Internal Power
The condenser element is powered with a standard 9V battery for up to 100 hours (approximately).